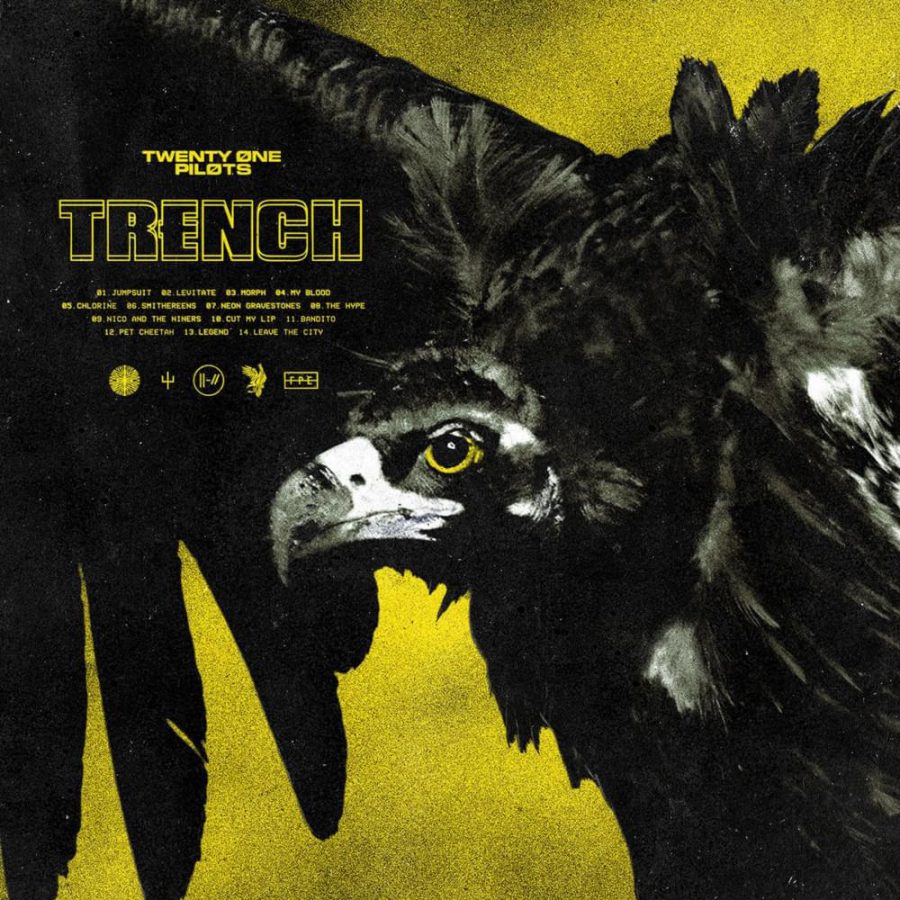 Twenty One Pilots were one of the biggest music groups of 2016, when they launched into popularity with their massive hit song “Stressed Out”, landing at number five on the year-end chart. If you pay attention in the halls, you’ll likely find someone wearing some TØP merch, or maybe playing their song in their headphones. With the release of their new album, and the concert taking place here in October, their popularity seems never-ending. Why?

Twenty One Pilots have always been a polarizing group. Members of the Twenty One Pilots fandom adore the group. From their emotional lyrics, to their genre diversity, to their explosive live shows, fans adore the duo. On the other hand, there are many vocal Twenty One Pilots critics, particularly because of the culture of the TØP fandom. Critics have often cited their lyrics as whiny or pretentious, and their sound as overly produced and too pop-y. Critics also don’t like how Twenty One Pilots fans treat their members, Tyler Joseph and Josh Dun, like members of a boy band. Even though in middle school I loved this band, I slowly drifted away from their music as I listened to more stuff.

Little did I know they would pull me straight back in with their latest album, Trench. Their lead single “Jumpsuit” was the first sign of massive improvement. This song is far darker, heavier, and more “rock n roll” than anything they have ever produced. However, I didn’t let myself get excited for the album until their song “Levitate” dropped. This song isn’t only one of my favorites off the album, it’s one of my favorites of the year. The song has an interesting contrast between the dreamy instrumental and percussive and hard-hitting beat. What makes this song great for me, surprisingly, is Tyler Joseph’s flow. Tyler goes off in this song. He produces the best rap verses of his career in this song, talking about their fame and the music industry as a whole.

Thankfully, the album is just as good as its singles. The band retains their sound, but improves it on all fronts. This is what Blurryface, their previous effort, could have been. The instrumentations are heavier, darker, and far more intricate, while remaining pop-y and easy to listen to. Tyler’s vocals, a common criticism of the group before, have also massively improved. Their lyrics have also matured, talking about a plethora of topics with unique perspectives, like the loss of his grandfather, the state of the music industry, and mental health. There’s even an overarching story to the album.

There are things to like about every song, but here are some highlights. “Legend” is an adorable song about his grandfather, who passed away earlier this year. He celebrates his life in the song to an upbeat ukulele and soaring horns. This song is bittersweet and beautiful. “Neon Gravestones” is another highlight off the album, perhaps one of the most important songs the duo has released. The song talks about the glorification of suicide in the media, a refreshing take on the topic that isn’t talked about enough. Even if you don’t like this group, I would recommend reading the lyrics. “Pet Cheetah” took a few listens for me to like it, but after I got over Tyler’s unusual flow, I really started to appreciate the song’s gargantuan beat and strange lyrics dealing with writer’s block.

If you like rock or hip-hop with a pop twist, there’s something you’re bound to like off this album. This is one of my favorite pop albums of the year, and also one of the most surprising releases of the year. Twenty One Pilots have revitalized themselves on Trench, and I recommend this album to everyone.