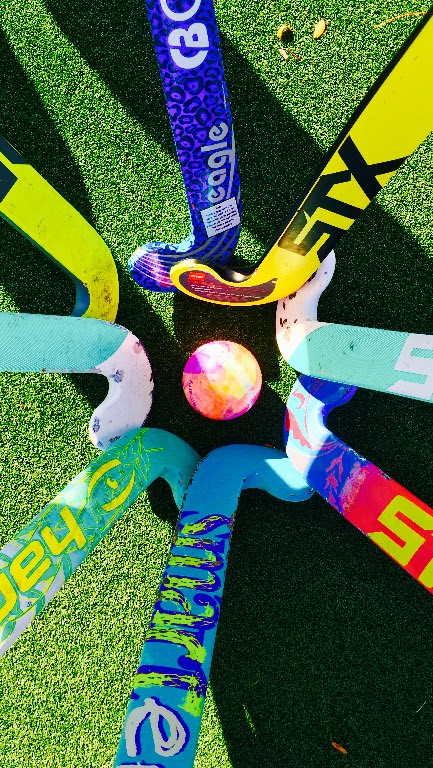 The wait is finally over. A field hockey team will be here next fall. There are no final decisions whether how many levels there will be, but we will be having a team!
Nikki Reed, a freshman club field hockey player, can’t wait for next year’s season. Field hockey is her favorite sport and she’s so glad she can play what she loves next year as a high school sport.
“I think it’s also a good way to learn teamwork and new skills,” Reed said.
It’s going to be an adjustment for Reed to get used to playing with beginners next year but she’s excited.
“It’s going to be interesting to play with beginners that have never played before, but it’s going to be fun to watch them learn and get better throughout the season,” Reed said. Nikki has been playing field hockey for almost four years now on the Gateway Field Hockey team.
“During the season I have practice one day a week, plus we have games during the weekend,” Reed said.
Fellow teammate to Reed, freshman Katelyn Goplen, also plays field hockey. She has been playing for five years now, and is super excited about a team coming to Central next school year.
Goplen started playing field hockey five years ago after her friend’s sister told her to play, she is very happy she decided to start then.
“I like that it’s such a quick and aggressive sport,” said Goplen. The speed and aggressiveness makes Goplen want to continue playing next season.
Players in the upcoming season will need to purchase their own stick, shin guards, mouth guard, and possibly shoes if they would like. But the school will be providing the goals, balls, additional field equipment, and uniforms for the team.
“A normal stick costs around $70, shin guards are around $30, and if you get a good pair of shoes they are around $54,” Goplen said.
John Theobald, activities director at Central high, is excited to offer another sport for girls here at the school.
“We had tried several years ago, but there wasn’t as much interest as there seems to be now,” Theobald said. “There needs to be at least 20 girls interested in playing next fall, for the program to be viable.”
After discovering many girls that are interested and that already play on club teams, he feels that he will be able to meet that goal or even exceed that number for the fall.
“We have begun the process of finding people that may be interested in coaching, but we do not have a coach in place at this time,” Theobald said. “Also, no final decisions have been made yet as to what levels we will have playing. We will know more once we have a better idea of how many girls we have come out for the team. Typically though, when you start a brand new program, you compete at a JV level the first year.”
Field hockey usually plays on a water based turf, which is a type of field that makes the ball roll smoothly. There are only two water based turfs in Missouri, so next years team will be using the AstroTurf we already have here at school.
If you’re interested in being on the field hockey team next fall, be on the lookout for more information.