In preparation for the Oscars on February 9th, the Corral will be reviewing every best picture nomination leading up to the awards. 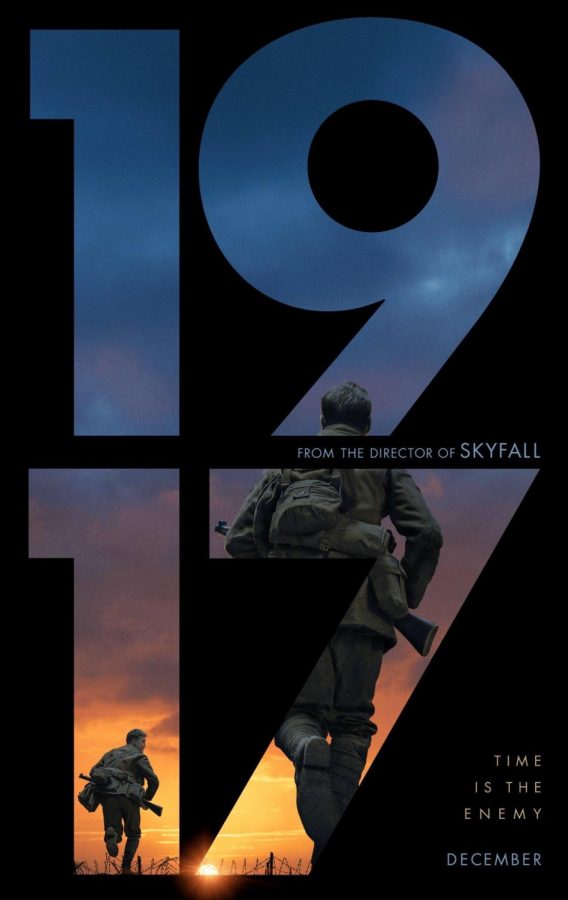 “1917”, directed by Sam Mendes, is about two British soldiers in World War I who must deliver a message before the next morning to stop another troupe from walking into a trap that could kill hundreds of men.

The most interesting thing about this movie for me is the cinematography. This movie was filmed to look like it was all in one shot, which added tremendously to the tension. It felt like we were another soldier going on the journey with them. The camera is particular about what you can and can’t see. Plot points were set up through the camera work, creating satisfying payoffs when you caught the clues about what was going to happen.

I also was super impressed at the sets. This movie is disgusting. This is not a glorified vision of war. There are pools of dead bodies, flies, dead animals, dirt, emotionally broken people, and so much more. I felt like I had to take a shower after watching this movie, which is great to see from a movie about such a terrible time period.

The score was phenomenal, the hopelessness of their situation was added onto by the score’s ebbs and flows. The movie also uses silence effectively, particularly to give the illusion of safety.

For a war movie, I thought the characters were good. Movies like this are not necessarily about the deep intricacies about each character, and “1917” is no different. This movie still managed to make me care about the characters, which is laudable.

All that being said, this was not the most impactful movie I have ever seen. This movie did not move me like other movies this Oscar season. It did do a fantastic job at showing the terrors of war, but the themes, character growth, and other aspects were not nearly on the same level as these other movies.

Despite the lack of impact, this is still a super fun time. The acting was good, the sets were outstanding, the music and cinematography are interesting and engaging, and it was not afraid of being disgusting. This movie was intense from start to finish. There are no breaks. It’s an amazing time at the movies. I give this a ⅘.