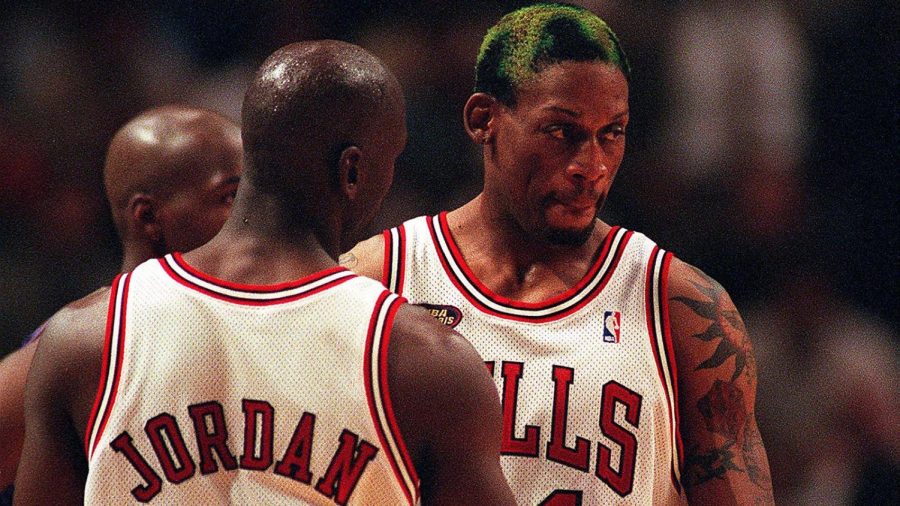 Michael Jordan with Dennis Rodman during a playoff game in 1998. (NUCCIO DINUZZO/Chicago Tribune/TNS)

“The Last Dance” has shown us what it took to win those championships and what happened behind the scenes.

As I was watching the first few episodes I was completely blown away as the path to being one of the best teams of all time was not easy. The documentary is focused on the 1997-98 season which is the last year that Michael Jordan led the Bulls to a championship. Along with that it also covers a lot of the crucial steps the Bulls took to get to being the great team we all knew them to be. It truly makes us feel like we are there.

We get to see how others viewed Michael Jordan and his dynasty and how praised Michael really was and how it became more of a burden for him. We get to see Scottie Pippen who is one of the keys to their success and how they had to beat the “Bad Boy” Detroit Pistons and once they did, they knew it was over. Then the addition of Dennis Rodman and they were an unbelievable basketball team. What we didn’t see was the struggles that went on behind the scenes and how they were a mess but in a way they were a controlled mess that somehow worked and worked out perfectly.

These episodes air on Sunday nights at 8 p.m. You do not want to miss out on the rest of the episodes and this has been one of the highlights of this boring quarantine and is one of the greatest ESPN specials and is not one to miss even if you don’t like basketball.