Ahead of the Game 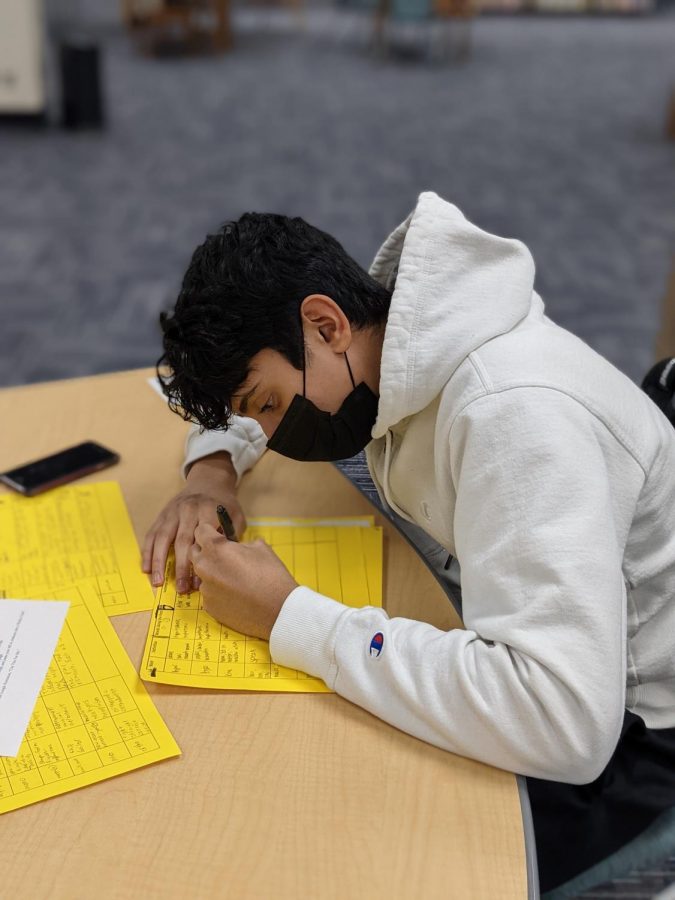 Reza studies for his upcoming English test in the library.

Math can be a difficult subject for many students in high school; it requires critical thinking and practice. Nevertheless, some students have turned this weakness into a strength. For example, many freshman students are taking sophomore courses, such as Geometry and Honors Geometry. However, Zeidan Reza (9), is currently enrolled in Honors Algebra II Trigonometry, putting him two years ahead.

Considering that math is such a fundamental subject, Reza’s enrollment will open many doors in his future. Most colleges and universities are more invested in students with a strong background in math, and the same applies to related career choices,

“I’m not exactly planning on using it in my future career, but I’m just happy to have it on my college resumes,” Reza said.

It’s crucial to be consistent and dedicated to math at a young age in order to achieve a feat like this. While most kids are oblivious to the opportunities that starting early could lead to, it’s up to the parents to prepare their kids.

“My parents were a big influence on my decision to join this math class,” Reza said. “I don’t think I would have started early because I probably wouldn’t have known about the opportunity.”

In addition, he also claims that outside math programs were a big part in getting him to where he is today. Once again, his parents were the ones in charge of placing him into these after school programs at a young age.

“When I was little, I had to do Kumon weekly, and do lessons on the Khan Academy website and YouTube channel,” Reza said.

Regardless of the advantages advanced math can bring, there are always downsides. Reza feels the age gap between him and his peers prevents a connection he would have with his grade level peers.

“I don’t have too many friends to rely on when I’m asking for help in the class,” Reza said. “I usually have other classes, where I can ask friends my grade to help me with the homework, or things like that.”

“I find it pretty interesting,” Reza said. “I was kind of forced into it for a bunch of years, so I figured I might as well try to enjoy it as much as possible.”