ENDING ON A PAR 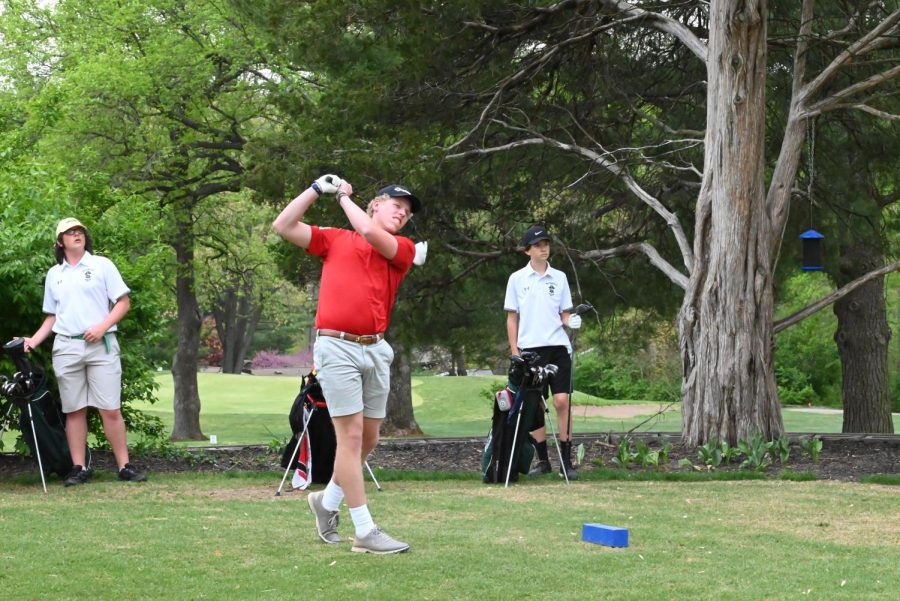 Spring season sports are coming to an end which includes the boy’s golf season.

Sadly, the boys did not go far in districts this year, but they did win 1st place in their conference.

Unfortunately, the team itself did not achieve as many accomplishments as they thought it would, but some players outdid themselves this season.

One of which is William Spencer Edwards (11). Edwards won player of the year.

John Carroll (11) also placed second this year in the conference which was, “by far the coolest thing I’ve ever done,” Carroll said.

“Winning player of the year was a pretty big deal to me, I didn’t really think about winning this award coming into the season, but it was definitely a heartwarming surprise,” Edwards said.

Playing for the golf team myself, was an overall great time and new experience for the school. Josh Stone (11) also had similar thoughts about the season and year.

“Golf is a very important part of my life, I play a lot with my friends and family and truly love the sport. I do not think I would be where I am today without golf and the season,” Stone said.

Stone says playing for the school golf team is an easy fun way to make a lot of new friends. It has been stated that former golfer Dakota Hoehn had gotten into a car wreck with Stone before the season.

“When Dakota totaled my car, I didn’t know him quite well. I knew most of the boys on the golf squad but Dakota was an outcast to me. I’m glad we shared the experience together and would love to do it again,” Stone said.

This year, the boy’s golf team had to have some new coaches, with the old coaches serving their last year the 20-21 season.

“I thought Coach Guilfoyle and Jafari were great at coaching honestly. I thought for it being their first year they did a great job at managing the team and keeping everyone satisfied,” Stone said.

Stay tuned for next year for the 22-23 golf season with a lot of new spots opening up with seniors graduating. Come out for a year of new friendships and pars to be made.